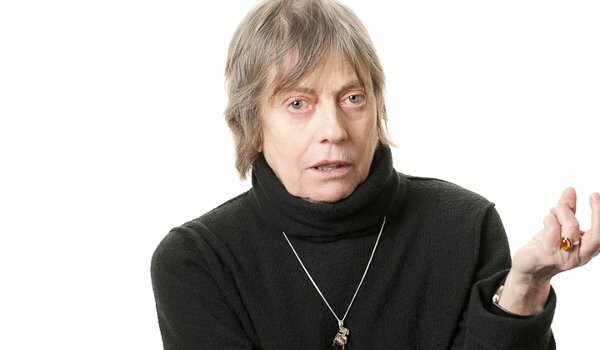 Virginia Nixon who died of cancer in Montreal on Dec. 9, at the age of 76, was a journalist, art critic, social activist and an academic with a strikingly original and curious mind.

“She was an art historian so basically she looked at the paintings of Saint Anne as iconography, as representations of art, not necessarily from a religious point of view” said her husband Laurence. Her book on Saint Anne detailed the shift in the churches attitude about the sexuality and the changing perspective of the social role of married women. It was acclaimed by critics, such as Illinois University’s Anne Winston Allen as being “wonderfully clear, engagingly written and solidly researched.”

Virgina Mary Lambe, the eldest of three daughters in the family was born in Ottawa Aug 16, 1939. Both her father, - who worked as waiter at the Chateau Laurier Hotel - and her American born mother, - who was an artist - died while she was still in her teens. To support her siblings Virginia went to work at Metropolitain Life. She received her B.A. from Carleton University in 1962. won a scholarship to study German in Berlin, then came to Montreal in 1968 to write for the Gazette where she remained for 12 years.

In 1969 she married Laurence Nixon, who today is Chair of the Religious Studies Department at Dawson College. Virginia Nixon did her graduate studies at Concordia University where she wrote her Master Thesis on Antoine Sebastien Falardeau, a little-known Quebec born painter who spent most of his life as an artist in Florence. She also free lanced for the Canadian Forum and Vie des Arts magazines, taught at the Saidye Bronfman (now the Segal) Centre, and volunteered as a reporter for the Catholic Times for about a decade, during which she penned a regular column on the lives of the saints from 1978 to '82. It was a capsule history and commentary on both well-known and lesser-known men and women whose feast days occurred during the month of publication. “Ginny’s columns were well researched and often thought provoking,” recalls Eric Durocher, who joined the editorial team in 1980.

One of her former students, Simon Orpana, who is now at McMaster University remembers her as a “mixture of fearless intelligence, careful rigour and kind-hearted generosity. She had, he explains, an unorthodox, stimulating approach to teaching. “Once, she suggested that I study an old wall surrounding a convent in north Montreal for an architectural project in her art history class. It seemed like a strange thing to study.- a wall – but I learned so much about the neighbourhood in that project.”

Another of her students, Quebec historian Hélène Rompré said Nixon inspired her interest in art history. “Because of her I ended up, I don’t know how, in the archives of the Beaux Arts reading books about old paintings written in the 1850s. For days she made me rework my thesis. I will forever be grateful.”

Nixon was in her 40s when her strength began to fade, so she began taking martial arts classes, and enrolled in a conditioning Latin American Capocira dance workshop.

“Anyone who met her couldn’t help but be impressed by her sharp wit, inquisitive mind and kind heart,.” said Maria Peluso, the former president of Concordia University’s Part Time Faculty Association.

At the time of her death Nixon was preoccupied with collecting images of Mary that foreshadowed Christ’s death.

She leaves her husband and their five children.

A memorial service is planned for January.

On This Day Review

The Cross is the word through which God has responded to evil in the world.