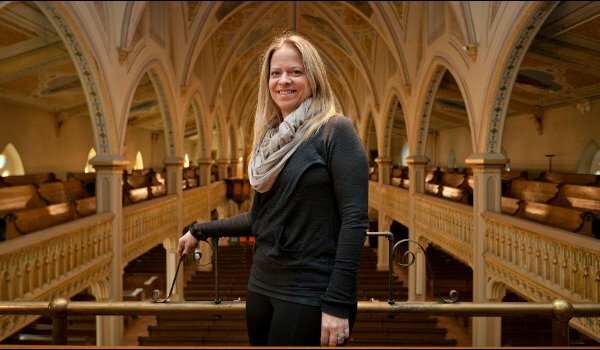 Plans to convert a Roman Catholic  church in Little Burgundy  into a community centre are underway.

Natalie Voland, President of Gestion immobilière Quo Vadis, wants to acquire the Eglise St. Joseph on Richmond St., and is willing to  invest $8.5-million to turn it into a multifunctional performance space with a restaurant and offices in the basement.  She hopes renovations can be completed by the spring, with a grand opening in March or April.

“We think it is cool to put together a project that will bring people together. A lot of churches are suffering, and neither the diocese nor the government has the financial resources to save them all,” says Voland.

Her real estate company’s offer to buy the building is conditional on changes to zoning bylaws that would designate the church as a commercial building instead of religious building.

The borough is receptive to the idea, according to municipal councillor Anne-Marie Sigouin, President of the comité consultatif d’urbanisme (CCU.)

“We certainly welcome projects such as this one for the old churches in the district,” she says.

The proposal will be considered by the CCU early in the new year.

Designed by Victor Bourgeau and built in 1861 by the Sulpicians to assert their presence in what was then St. Joseph’s Ward,  the original neo-Gothic design  was enlarged  by Ovide Mailloux to  include  lateral chapels and a rectory. Toussaint-Xénophon Renaud was responsible for the interior decoration.

The Diocese of Montreal assumed responsibility for the church in 1882, but later returned it to the Sulpicians. It was declared a historic Quebec monument  in 1991 and a historic monument in 2012. At the moment, a Muslim community uses the basement of the building as a prayer space.

Professor Will Straw, director of the McGill Institute for the Study of Canada, believes that because Griffintown is an up and coming neighbourhood, and because of the church’s proximity to l’École de technologie supérieure, the church is an ideal location for a Quartier d’Innovation, “a kind of YMCA for culture.” Straw proposes to establish a Laboratory of Urban Culture in the building.

“It would host weekly presentations by a range of McGill University groups who are doing research on everything from sound in public parks through to the history of Griffintown. The plan is to use other rooms in the church as incubators for technology start ups and a range of other events.”

The Jubilee of Mercy is a propitious occasion to promote in the world ways to respect life and the dignity of each person.