A Montreal parish has launched a last ditch effort to stave off the October 11 deportation of one of its families.

St. John Brebeuf Parish will hold a prayer vigil on Sunday Oct 5 at 1:30 to draw attention to the plight of Hilary Fuh Cham, his wife Yvette, and their three children. The family has been active in the LaSalle parish since they came to Canada from the Cameroons seven years ago. Fuh Cham, who is the son of a tribal chieftain, left the country because he opposed some traditional tribal practices, particularly the circumcision of women.

The department of immigration has rejected his claim for refugee status. A subsequent appeal for permission to stay on humanitarian and compassionate grounds has also been rejected. However, a stay of deportation hearing for the family is scheduled for Tuesday, Oct. 7 at the federal court in Old Montreal, making the prayer vigil even more urgent and poignant.

The vigil will be held on the portico of Mary Queen of the World Cathedral. The public is also being asked to email Prime Minister Stephen Harper and Immigration Minister Chris Alexander (This email address is being protected from spambots. You need JavaScript enabled to view it. )  A petition bearing more than 1,500 signatures has already been filed with the government. LaSalle-Emard NDP MP Hélène Leblanc has raised the issue in the House of Commons.

“A third appeal is in process,” said Cathy Guilietti, a member of the committee organized to help the Fuh Chams.  “We will continue to fight this on humanitarian and compassionate grounds.”

Since coming to Canada, Fuh Cham and his wife have been gainfully employed and self-sufficient.

Through his lawyers, Fuh Cham has learned he has several options. He can apply for landed immigrant status from the Cameroon, a process that could take years.  He could also split up the family, leaving his two Canadian born children behind.  But because he is a practicing Roman Catholic, there are fears that he might be tortured or perhaps even killed for refusing to carry out his tribal obligations. His wife and two children risk genital mutilation.

Although the Fuh Chams could seek sancturary in the church, Fr. Martineau said that would be impractical and useless for a family of five.

If Jesus is to become the centre of our life, we need to spend time in his presence, before the Tabernacle. 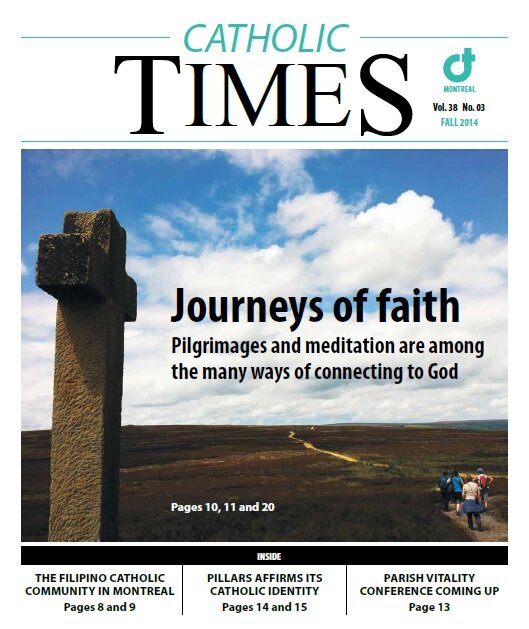