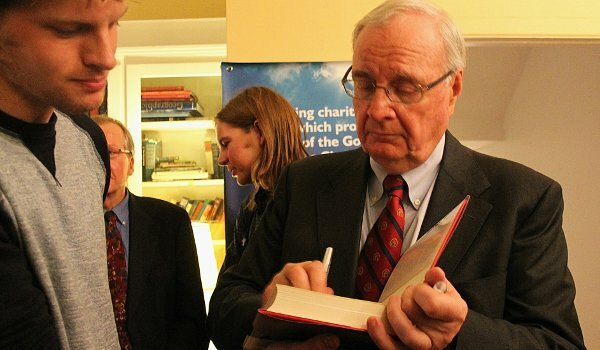 Former Prime Minister Paul Martin Jr. recently gave the keynote address at McGill University's Newman Centre on his late father's life and political legacy with the Liberal Party of Canada. The RSVP event, which drew many faculty members and students, was part of the 2016 Claude Ryan Lecture Series on Catholic Social Thought. Paul Martin Sr., Catholicism & Canadian Liberalism traced a path between the Catholic spiritual and intellectual influences of Martin Sr.'s youth, beginning at Collège Saint-Alexandre in French Quebec, and his progressive politics in later years in English Canada.

Greg Donaghy, author of Grit: the Life & Politics of Paul Martin Sr. was also a keynote speaker. After being introduced by Canadian diplomat and adjunct professor in the Faculty of Religious Studies at McGill, Anne Leahy, he told the audience that Martin Sr. was no mere "local pol", as he has sometimes been mischaracterized, but someone who was "forward-looking" during the Great Depression. First published in May, 2015, Martin Sr.'s biography examines his career as an early liberal reformer who championed mother's allowances, old age pensions, and labour's right to bargain, and a proponent of internationalism in world affairs who served as a cabinet minister under four Prime Ministers, beginning with William Lyon MacKenzie King, through many years of Liberal government with Louis St. Laurent, Lester B. Pearson and, finally, Pierre Elliott Trudeau, who subsequently appointed Martin Sr. to the Senate.

St-Raphael: The Parish that Refuses to Die 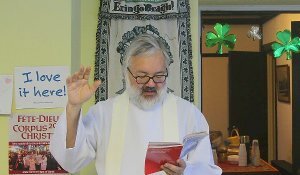 Even though the parish of St. Raphael's closed seven years ago, about two dozen faithful gathered in what was once the boardroom of the now vacant old church building in Outremont for a mass to usher in the New Year. The church may be closed, but a small group of parishioners refuse to let their parish die.

They get together for an intimate prayer service or mass every other week or so. The service is tailor-made for the congregation who bring a pot-luck brunch and participate in choosing what hymns will be sung, what the intentions might be, and even provide the wine for communion - a bottle of Beaujolais is not out of the question! 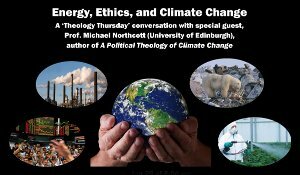 On Thursday January 28th, the Newman Centre welcomed Professor Michael Northcott for a special edition of its ‘Theology Thursday’ series. The topic, "Ecology and the Ethics of Christian Stewardship," drew a crowd of 50 students, faculty and community members representing diverse fields, including environmental science, political science, environmental law, and ethics. Michael Northcott is a professor of ethics at the University of Edinburgh in Scotland, and is deemed a leading environmental theologian and ethicist with significant research and ground-breaking publications in the field. 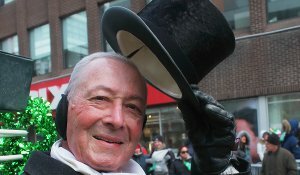 Donald Pidgeon, the longtime historian of the United Irish Societies and former President was a well-known community volunteer with a capacity for making and keeping friends. An amiable, gentle man, he was also a Navigator 4th Degree with the Knights of Columbus Council 284, served as a director of Catholic Community Services and could often be found serving at the St. Patrick’s soup kitchen.

Pidgeon was 79 when he died on February 8. 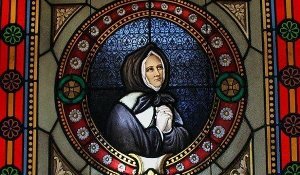 Saint Marguerite Bourgeoys, who founded the Congregation de Notre-Dame in 1671 will be remembered on her feast day with a Mass to be celebrated at the Sailor’s chapel in Old Montreal on January 10 at 10:30 a.m. Marguerite’s feast day, however, is actually two days later, January 12.

A native of Troyes in France, Bourgeoys came to New France in 1653. In 1657 she laid the foundation for the chapel which still stands on St. Paul Street, and opened a school the following year. In 1671, she founded her order of teaching sisters. She died in 1700. She was declared venerable in 1878, beatified in 1950 and canonized in 1982. Her remains lie in the chapel which she had built.

Thank you to Mexico and to all Mexicans. May the Lord and the Blessed Virgin of Guadalupe accompany you always.