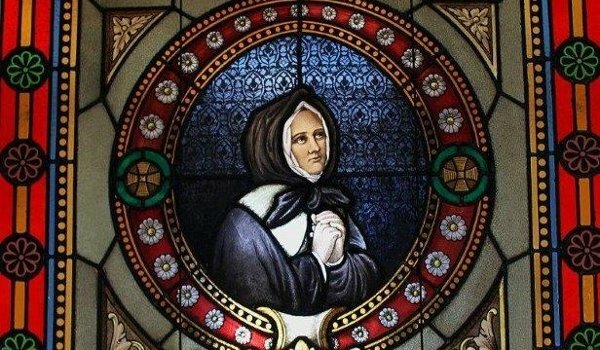 Saint Marguerite Bourgeoys, who founded the Congregation de Notre-Dame in 1671 will be remembered on her feast day with a Mass to be celebrated at the Sailor’s chapel in Old Montreal on January 10 at 10:30 a.m. Marguerite’s feast day, however, is actually two days later, January 12.

A native of Troyes in France, Bourgeoys came to New France in 1653. In 1657 she laid the foundation for the chapel which still stands on St. Paul Street, and opened a school the following year. In 1671, she founded her order of teaching sisters. She died in 1700. She was declared venerable in 1878, beatified in 1950 and canonized in 1982. Her remains lie in the chapel which she had built.

In February, the chapel will again be the venue for a three day festival of Gospel Music. The festival was launched in 2003 and continues to be one of the highlights of the winter season. Bob Walsh will open the festival of Friday, Feb 19 .The Vivienne Deane Gospel Ensemble will perform on Saturday Feb 20. The following weekend, the Imani Gospel singers will be featured on Friday, Feb. 26, and on Saturday, the Montreal Gospel Choir closes the program, with two shows at 8 p.m. and 10:30 p.m. Tickets are $25. For more information call Line Richer: 514-282-8670514-282-8670 ext.223 or email, This email address is being protected from spambots. You need JavaScript enabled to view it.