God is Calling, Don’t Leave him on Hold 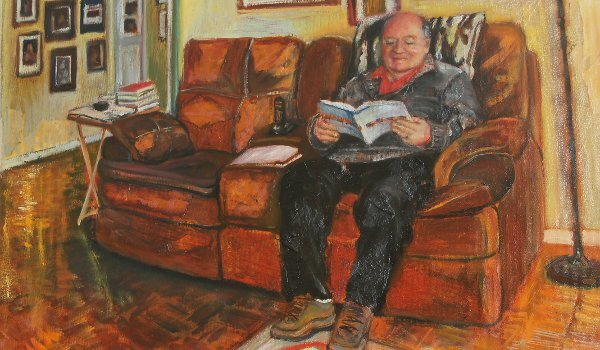 Written by Alan Hustak for VMO
Friday May 6th, 2016

Father John Walsh, the former pastor of St. John Brebeuf parish in LaSalle, marked the 50th anniversary of his ordination with the launch of his forthright autobiography, God is Calling, Don’t Leave him on Hold.

Perhaps best known as the CJAD talk show host who once served as an Episcopal Vicar of St. Jean-Longueuil, he continues an active social ministry although he retired five years ago.

“The church in which I minister today is not the same church that it was then and I am not the same person or the same priest,” he writes. “There have been times over the past five decades when I wondered why I remained in the priesthood.”

Walsh, who admits to “disappointments” but “no regrets,” chronicles his progressive ministry over the past five decades. The book traces his childhood growing up in the Villeray district of Montreal, talks about his decision to go into the priesthood and details the subsequent studies in Rome and in Israel that shaped his tolerant views.

As a CJAD talk show host he built a faithful listening audience and befriended Jews and Muslims alike with his practical approach to ecumenical dialogue.

“Ministry for me has always been a question of multi-tasking, of taking risks. Risk is everywhere....throughout my ministry the call to serve has meant attempting to do unexpected things. Consequently I have never had only one ministry.”

Walsh has lived through five papacies, celebrated Mass at the Vatican with one of the pontiffs, Saint John Paul II, and tells how each of the popes beginning with John XXIII have influenced, inspired and at times frustrated his ministry.

The book is a battle cry for the church to become subversive and to build itself up from the bottom instead of following the top down hierarchal approach.

“There is a spiritual revolution going on when we realize that the Word of God is subversive, the message of Jesus is subversive, and now as the People of God, the Roman Catholic church, is becoming subversive.” God’s message is there in scripture, he says, but few care to listen.

“It is a book that is at once lyrical and meditative, comical and philosophical,” says Peter Stockland, editor of Convivum Magazine. “It is the story of a life lived in eyes open, totally engaged love of Christ’s church. It is in all its layers, Father John Walsh.”

The anniversary celebrations begin with a Eucharist of Thanksgiving at 3:00 p.m. on May 22 at St. John Brebeuf, 7777 George Street in Laval and autographed copies of the book will be on sale at the author’s discount , for $20.