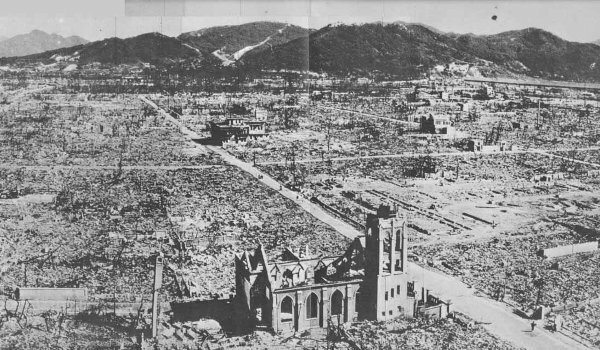 Last week, on August 5, I had the opportunity to explore a free outdoor concert hosted by the OSM, in remembrance of the Hiroshima bombings that took place exactly 70 years ago. Imagine this: the venue being the iconic Olympic Stadium filled with over 40 thousand people. It would be an understatement to say you could feel the emotions in the air.

The historic concert was split into two parts: the first act including a breathtaking performance by the OSM musicians, accompanied by the Choeur des Enfants de Montreal. The performed pieces included Schubert, Beintus and Nodaira. This was followed by a number of moving speeches and testimonies from various important members, such as Montreal’s mayor Denis Coderre; Hideaki Kuramitsu, the consulate-general of Japan, who gave a brilliant monologue, thanking Montreal for its support in both English and French. The first act concluded with a final prayer uttered by the mayor of Hiroshima, Kazumi Matsui: “Thank you – Thank you so much Montreal.”

The second act featured A Night at the Opera. The OSM and their chorus played the beautiful background music for Bizet’s most famous opera of all time, Carmen. La Poesia del Flamenco Dance Company and the opera singers took full control of the stage and made it hard for us to look away. They glided along the stage to the ever so popular song Habanera, as well as Toreador. “The opera is meant to portray love,” said the opera’s narrator.

The show brought us back to August 6,1945when over 140,000 people lost their lives in the bombing of Hiroshima. During the deadliest conflict in human history the first atomic bomb to be used in warfare was dropped by the United States Army Air Forces, killing 80,000 civilians and destroying 70 per cent of the Hiroshima’s architecture.

Questions still hang in the air all these years later. Did the Americans drop the bomb to simply end the war and prisoner of war camps? Or was it to avenge Pearl Harbor, which initiated the country’s entry to the Second World War? True, Japan surrendered and the Allies won the war. Many of us would ask, though, if it was really worth it. Killing thousands of mostly innocent people in order to alleviate some of our own pain seems counterintuitive. Could we have achieved peace with our enemy, another way? Was eliminating so many human beings the only way?

In 1981, after visiting the bombed city, John Paul II said, “Hiroshima’s name will forever stand out as the name of the only city in our time that has been singled out as a warning to future generations that war can destroy human efforts to build a world of peace.”
It is from this warning we learn the lessons of history to work towards achieving universal peace. The promotion of peace between nations was symbolized by the OSM musicians, who wore white dress shirts rather than their traditional black attire.

As Kuramitsu said during this year’s celebrations, “We are happy to have peaceful ties and support from Quebec – Merci!” Montreal and Hiroshima became even more connected in 1998 through the Sister City Agreement. Since that year, our city has been hosting this annual Peace Memorial Ceremony, commemorating the death of all victims. At exactly the time the bombs were dropped in Hiroshima so long ago, Montreal rings the Peace Bell. This agreement between both cities is to “promote the development of both cities, foster mutual understanding and friendship between citizens, and contribute to a lasting world peace through a broad range of exchanges.” We have forgiven, and we are hopeful that they have forgiven us.

I look forward to encouraging this peaceful growth with our Japanese sister city and attending next year’s ceremony. If you have the chance to attend one of these ceremonies in the future, reflect upon this atrocity and our efforts to restore peace between people.