Blue Met and the Walrus Talks 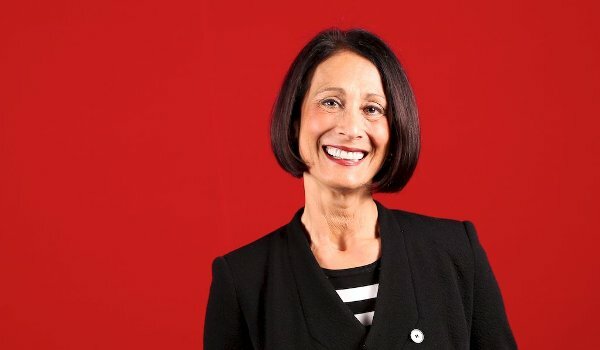 The Blue Metropolis Literary Festival kicked off its 18th year on Wednesday night with the Walrus Talks on Resilience of the Spirit at the Alumni Auditorium of Concordia University. Over the years Blue Met has become a forum for dialogue on a wide range of ideas and issues, as well as literary topics. This year is no different. As in the past, many of its events are taking place at Hôtel 10, with others unfolding at off-site venues around the city.

Enbridge and Walrus Magazine jointly sponsored the 90-minute presentation on the theme of resiience in the face of adversity. Topics ranged from overcoming childhood trauma, to recovering from life-threatening illness. The Walrus Talks also featured a performance/discussion on maintaining pride in one's identity as an immigrant. A Holocaust survivor spoke on the importance of witnessing to the truth in the face of persecution.

Unfortunately, Justice Murray Sinclair, a First Nations lawyer who gained national attention as the chair of the Indian Residential Schools Truth and Reconciliation Commission was unable to attend owing to the fact that he had recently been sworn in as a Canadian Senator, something he hadn't anticipated when he accepted the invitation to speak about the resilience of Aboriginal peoples. But, the event went off without a hitch despite the fact that its star invitee wasn't there.

Montrealer Heather O'Neill, author of Daydreams of Angels, talked about the tortured childhoods of several literary giants who found a path out of their misery through immersion in the world of literature. She recounted how the Victorian English author Rudyard Kipling was beaten, humiliated, and locked in an attic as a child, never speaking about what he endured. But later, he would create a vibrant world of animal characters in The Jungle Book, featuring a loveable bear with a big heart, adored by generations of children. "We are born in the middle of our parents' narratives," but story-telling enables us to re-frame those narratives, she said.

Rupi Kaur, a young poet whose poetry collection Milk and Honey has sold an unprecedented 200,000+ copies internationally, spoke movingly about her parents' arrival as new immigrants to Canada. She recited some of her poetry detailing their experience, at once an affirmation of the love of parents for their children and the filial obligations of the young towards their elders. In it, she illuminates their struggle to build a better life for themselves and their family, calling their hard-won endeavor "a masterpiece."

One line in the spoken-word performance pointedly challenged the universal error of over-confident, ungrateful youths: "How dare you mock your mother when broken English spills out?" Later, speaking of her own maternal journey, she said that people often ask her when her next book is coming out, but she responds, "My body will create again. Having a baby takes time for nurturance."

Susan Wener, author of Resilience, talked about her experience of surviving cancer twice, both from the perspective of patient and therapist. She said that, despite her knowledge and skills as a health professional, when confronted with her own life-threatenning crisis, she became, "a neophyte in unchartered waters." She realized she had to, "trust the doctors" to make her well because, in this kind of situation, "mortality, literally, is in your face." But, she decided this dependant approach just wasn't good enough. She was miserable. "My happy-go-lucky nature disappeared."

She discovered the hard way that, "when our backs are up against the wall, many truths fail." So, she began to immerse herself in studying alternative therapies, eventually moving away from traditional medicine to pursue more holistic approaches to recovery and health. She embraced all "healing modalities". She "prayed, meditated, and did (creative) visualization" in her efforts to remain on a permanent path to wellness. Gradually, it began to dawn on her that she needed something more to be truly well. She turned to God for comfort and inner peace: "My God rocked and held me. He looked into my eyes and told me I was His child."

Dr. Liam Durcan, a neurologist at the Montreal Neurological Hospital and Assistant Professor at McGill University, speaking on the resilience of the brain, described himself as "a curator of other peoples's stories." He said he often wondered, "Why are some people more vulnerable and others more resilient?" He said that although individual differences involving the "repertoire of dopamine receptors in the brain" and other factors may partially explain why some people suffer from depression or PTSD (post-traumatic-stress-disorder), the question still remains: "What explains the outliers?"

He noted how "early (childhood) traumas" bring about "structural changes in the brain". However, the flip side of the coin is that this very fact "opens the door to more positive possibilities." In such cases, these early experiences function as a kind of "stress inoculation," he said. "We possess resilient brains with a capacity to change and this can be transformative." In a nod to the social issue of reconciliation of peoples and nations (which Sinclair was to address) he said, "Our choices, in regards to resilience, are not purely personal or communal. They are for the benefit of all."

Max Eisen, a Hungarian Jew and author of By Chance Alone, recounted his experience of being deported to Auschwitz as a young boy where he witnessed his father and uncle being sent to the Nazi death camps. He told the rapt audience that it takes three things to survive such a a horrific experience: the will to survive; preparation; and belief in a higher power and purpose in life.

Like fellow Auschwitz inmate and Viennese psychiatrist Viktor Frankl, author of Man's Search for Meaning, Eisen said he believes he would not have made it through the dehumanizing ordeal had he not had a sense of his ultimate purpose. As a slave labourer, he worked 10-12 hours a day at hard labour, subsisting on a 300-calorie diet. He was starving. "The hunger was excrutiating," he said. The alternatives were worse: medical experimentation - his father and uncle had been "selected" for medical experiments - or death by extermination. But, he hadn't completely given up his "boyhood dreams" of doing something great with his life.

He said you also need preparation, "to combat evil and chaos when one's liberty is taken away." Although no one can foresee how their lives will turn out, the right kind of practical training and outlook may enable a person to survive a nightmarish ordeal. He reflected on how the significant adults in his life had unwittingly given him the tools that he would need to survive. His father, a harsh disciplinarian, brought out the "fight and resistance" in him. His mother loved him, but she sent him to a regional city far from home to become an apprentice. His uncle stoked his desire for travel and his aunt imbued him with a love of literature. At the time, these events seemed random. But in retrospect, he saw how they combined to strengthen his will to survive.

"You have to tap into your inner purpose and prepare yourself with all resources available."

The third survival factor involves a higher vision of one's life. "Call it divine intervention, fate, or luck," he said, but without it, he would not have made it out of the concentration camp alive. He recalled the time when he was sent to the prison infirmary after collapsing from internal injuries brought on by the gruelling conditions. After two days, the young Polish doctor whom he credits with saving his life, took him off the stretcher and put him to work as a cleaner. Had he been given sufficient time to recuperate - in his weakened condition, no longer useful as slave labour - he would have been sent to the gas chambers.

Nalie Agustin, diagnosed with breast cancer at only 24 years of age, has documented her own breast-cancer survival story on her blog, The Diary of Nalie Agustin, featuring Tips for Couples Coping with Cancer. She says that she is "blessed with a support system" in her family and friends which has enabled her to go through a full mastectomy and come out on the other side, "cancer-free". After 29 rounds of chemotherapy she found herself going through a series of "what ifs" in her mind, forcing her to ask herself what was the worst thing that could happen. This gave way to "scary random thoughts" about the possibility of death in her 20's. She realized that the worse thing would be to cause pain in the lives of the people she loved. She thought, "If I stay strong, my whole family will be strong."

But worse than death would be to "kill my purpose," she said. She remembered the time when the nurse couldn't find her vein, she had had so many transfusions. Worse than the agonizing pain, was the anguished look on her father's face as he sat beside her, helpless. It was then that she had an epiphany: "Should God decide to take me tomorrow, my blog would continue to serve, and the look on my father's face won't be one of pain, but of pride."

The evening wasn't all doom and gloom, despite the heavy topics. The tone was rather hopeful, perhaps in part because the literary presentations were preceded by a 'stand-up' comedy routine by Lyne Tremblay who launched her varied career as a dancer (later as a singer and actor) in the 1980's with the Eddy Toussaint Dance Co. of Montreal. She actually performed at Blue Met sitting on a stool after opening remarks by Cameron Charlebois, chair of the Blue Metropolis Foundation and board member of the Walrus Foundation, Shelley Ambrose, publisher of The Walrus, and Denis Leblanc of Enbridge Inc.

Tremblay mischievously played to language tensions that have plagued Montreal for years, spouting one malapropism after another in English, delivered in accented French. She poked fun at herself as a small-town girl from Roberval Lac St. Jean who dreamed of making it big, only to end up as a struggling dancer in Montreal living on a shoestring budget. Recalling the early years, she joked, "I was living in Eddy's basement, a modern-dance refugee camp. I had blood in my toe shoes, but a smile on my face."

She said that resilience is like a muscle: "You use it or lose it." Like many a Quebec artist, she decided she could flex more creative muscle if she moved to Toronto. "I moved to TO on the weekend, saw everything was closed on Sunday, and moved back on Monday," she quipped. But, she would eventually go on to become a successful international touring artist. In 1984 she landed the role of Cassandra, the sexy Siamese cat, in Andrew Lloyd Weber's original Canadian musical theatre production of Cats.

In her closing remarks, picking up on Tremblay's jokes, Ambrose said the comedian reminded her of her niece when she was a young child. The little girl would tell her relatives that she wanted to be in the kitchen, except she would call it the chicken. "We would get her to say it over and over again and we would laugh and laugh."